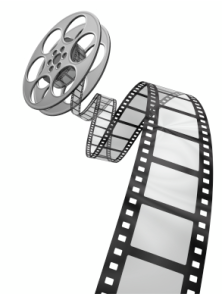 It has to be all of the Shrek films, I just love them all so much, to the point I know them all word for word, and make references to the films a lot in daily life, that no one gets. I feel like this should now be added in my bio for everything.

Lava! I first saw this at the cinema, before Inside Out was starting and I loved it, even though it’s for kids. The song is so catchy too! I’m so glad the volcano gets a friend at the end. (This is sad right? Seriously though, go look it up!)

Well that has got to be Love Actually, I usually wrap Christmas presents whilst watching this too. Which that time will be coming soon! It just makes me so happy and its such a feel good film. It doesn’t matter how many times you watch it, it never gets old!

I don’t feel like I’ve got an answer for this yet, as I have a few to watch on my list, these being; The Kings Speech, 12 Years A Slave, The Wolf Of Wall Street, The Immitation Game. I look forward to watching them all and hopefully I’ll have a favourite.

Slumdog Millionaire, I really like the concept of it all, it’s a film all concentrated on the story line, rather than just create not much effort on a story and concentrate more on other things, like how good looking the cast is etc.

Does Dirty Dancing count? I love this classic and the soundtrack I have on my IPod. I would love to see this at the theatre, as I think it could be interpretated really well. I now have “Hungry Eyes” stuck in my head, no not the most popular song there is “The Time Of My Life”, “Hungry Eyes”.

Gone Girl, I wouldn’t say it’s a favourite story wise, as it’s the weirdest film I’ve ever seen, there’s some messed up things within it and so so overly long. However mystery wise it’s my favourite, as it continually kept you guessing and it is a film I’ll probably never forget.

This was a lot harder than I thought with E.T, Planet Of The Apes, Jurassic Park, however I’m gonna go with Inception. After watching it over and over for about 10 times, and have it explained to me for about 5 times, I finally get it and think it’s brilliant. I just recommend you watch all Leonardo Dicaprio films.

Still Alice. This is one of the only films  that had me crying my eyes out, as it’s about dementia and I’m sure we all know someone who has had it, or does have it, so it brought back some sad memories and just thinking about this film makes me want to cry. The ending however is a cliffhanger and does leave you thinking…

Well obviously Tim Burton, I love his work. Christopher Nolan, is another favourite, he has a good eye when it comes to action films. A new favourite is Ariel Schulman, as a brother of Nev Schulman. You may know him from Catfish but Ariel has directed all Paranormal Activity films and he just directed Nerve which is amazing! Michael Bay is another one, for his Transformer films. I love Transformers so much, I’m a real tomboy when it comes to films. Then I’m a bit stuck, because I like a lot of smaller directors, that have only created a few films, so that’s that!

A later post than usual but I just felt like doing one and I said these will be random!